So one of my favourite things about Guild Wars 2 is the aesthetic part. When people put a little bit of effort into how they look, I rarely find two people that look the same. Sure, you’ll find similarities if people use lots of temple armour, or if people are using ascended gear (and why not, since you took all that time to make it), but most of the time I find that each character is very unique. Throw in a Total Makeover Kit (or even a Self-Style Hair Kit) and you end up being one-of-a-kind. I mean, of course if you’re an Asura I can’t help you, as you all look the same. (KA-BRAHAM!)

I want to take you along a quick little journey of some beautiful photos I’ve captured of some beautiful people I’ve seen in-game. The first is a little afk friend from the Edge of the Mists. It was a beautiful day (I mean, it’s ALWAYS daytime in EotM, but whatever) and we saw this cutesie little Asura girl from Badlands (we were Frostreach at the time). We could have killed her and were ready for it, but she just stood there and was obviously afk. Frankly, I see no honour in killing someone who’s afk, so we sat down by her and decided to make friends. All was peaceful and wonderful until a zerg of Overgrowth came and slaughtered the three of us. Our beautiful friendship came to an end, but we would always remember our little cutie pie alien-looking girl-thing. (Although I was pretty sure I saw Esfir, on the left, licking her lips…)

So next up on the list is me showing off my wonderful Markk Shadowclaw in PvP. I was in the Battle of Kyhlo and figured I’d take a brief break (actually, I was scouting too many thieves out thieves out there that were stealth-based in their build) and see who was where, doing what. I’m pretty pleased at how I did his look. He’s a terrifying killer but don’t worry–deep down he has a heart of at least bronze…maybe silver…

Then we have our little magical lady of death. I saw her in the Heart of the Mists and felt pretty convinced that I didn’t want to meet her in a dark alley. I’m not sure what exactly it was, but she was absolutely stunning!

Now this one is a personal picture of my wife (Briony, on the left), myself (the watchwork knight), a guildie named Scarlet, and my Mini Armoured Scarlet! We were doing guild missions and had three guilds joining us in it for the puzzle in Snowden Drifts! I figured that we should show off “our stuff.”

Now here is one that I saw last night. I have to admit, I rather detest the Zodiac Armour, but this Sylvari pulled together an amazing look that made him both magical and majestic! Throw in that Light of Dwayna and he looks a little righteous and angelic! I was impressed.

Now this guy blew me away with his colours. I can’t remember them exactly, but it was a set of Enameled Dye mixed with some Shiver Dyes. I couldn’t help but stop and take a picture of how amazing he looked. In my mind, this is the type of character that reminds me of Golbez from Final Fantasy IV, for some reason. Or I could just be crazy.

Finally, there’s my return to my old outfit. After running that Ascended Gear mixed with Banded and a Berserker’s Helmet, I’ve returned to my Phalanx (hey, I paid real cash for it, and I remember staring for months at the armour). I even put on my Tybalt Backpack after running my Tempered Spinal Blades for a while there.

Ultimately, the best part of Guild Wars 2 is the aesthetics. You can grow and change your character, and really make them more unique than any game that I’ve played up to this point. Perhaps it’s a big draw to me, as if there’s anything in a game that pulls me in, it’s my love for improving and changing how my character looks. It’s refreshing, renewing, and exciting for me!

Feel free to post links to your favourite outfits you’ve seen people put together in the comments below!

I’ve been thinking a lot lately (you know, while you’re drugged up on Tylenol 3’s and going through healing from a wisdom tooth extraction that’s being a total beast) and we’re getting closer to July and Season 2 of the Living Story! My heart is pounding (no, not because of the codeine) and I’m thrilled for what’s to come! Mind you, I’ll be in Ottawa, ON for the first week in July but still, exciting! Yet I still find myself longing for some things to be said and done in Guild Wars 2 because there are sights that we should see, and things that we should experience!

I guess, for now, it’s a matter of having patience.

Those are some of my thoughts. What are the things you’re longing to see while we’re getting closer to LS2? Share in the comments below!

So a while back, I made a post about key farming that I definitely have to revisit and update in order to give a bit more elaboration to some new techniques I’ve learned. Until then, I want to let you in on a little game my wife and I have (along with a few members of our guild, [ANGL]).

You’re probably thinking, “what in the world are you talking about?” Well, I’m talKeying about a Keyn way to make your key farming hunKey dory. What we like to do is to take names, saying, and phrases, and throw “Key” into it somewhere in order to create our key farmer’s name. Seriously. This keeps us going for an hour, at least. 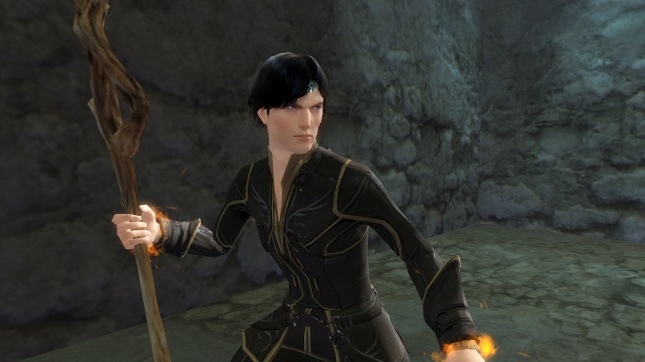 Sure, it’s not the greatest name I’ve ever had, but it certainly is a pretty awesome character I made.

Now, for the meat of it all… some of the names that have been created by (mostly my wife), my guildies, and myself. They continue to give us good chuckles!

The list can go on and on, so I’ll spare you the punny names and set aside my terrible skeymes.

Are you a punny person? Feel free to comment and throw in your own craziness. Pun away!

The Traveller of Tyria is an unofficial Guild Wars 2 fanblog. All screenshots, concept art, and logos are ©2012 ArenaNet, Inc. All rights reserved. NCsoft, the interlocking NC logo, ArenaNet, Arena.net, Guild Wars 2, and all associated logos and designs are trademarks or registered trademarks of NCsoft Corporation. All other trademarks are the property of their respective owners.

Original artwork, videos, articles, other content, and intellectual property ©The Traveller of Tyria.